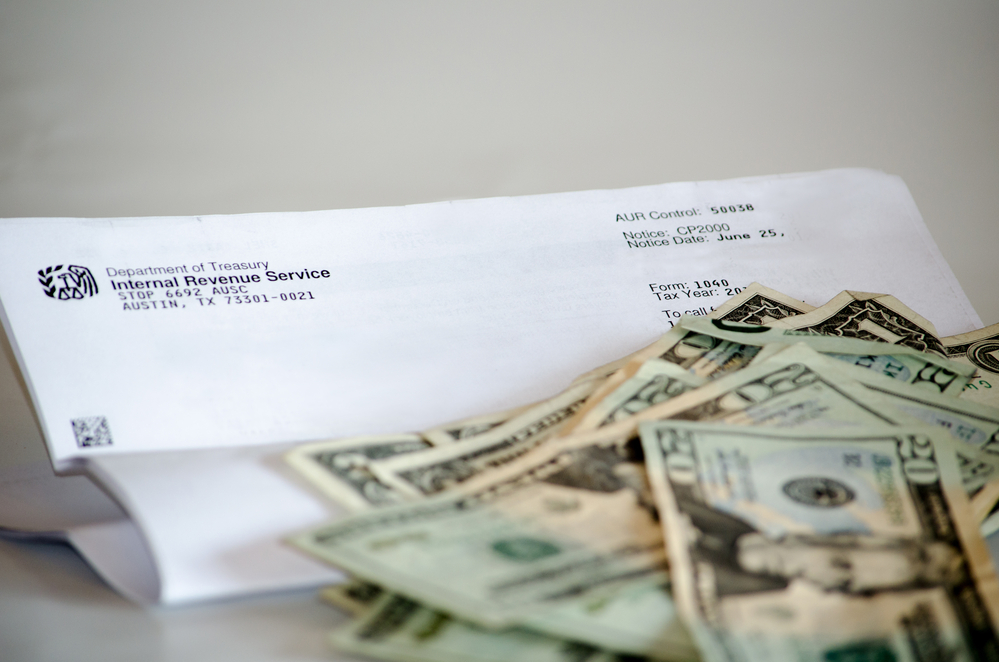 In the vast majority of cases, people who have tax debt will start to pay attention to the series of letters the IRS sends them as they become increasingly more threatening.

So, being proactive and addressing the problem head-on is always the best approach.

But what happens if you ignore those IRS nasty-grams?

Bad things. Very, very bad things including the ever-dreaded IRS tax levy. Today, we’re going to explore these very bad things and the impact they can have on your life.

The IRS is the largest and most effective collection agency on the planet. Their reach even extends beyond U.S. borders due to agreements with foreign governments. They have the extensive legal authority to simply take money away from people, and they exercise this authority frequently. In fiscal year 2020, the IRS “only” wielded this power 396,269 times, which was a nearly 50% reduction from 2019 due to a temporary reprieve from such actions during the last summer’s global crisis.

These IRS enforcement actions, called levies, are the most common forceful actions that the IRS takes to collect money from tax debtors. Most people are far more afraid of a seizure, where the IRS takes physical property, but these are actually very rare. The IRS will occasionally take business inventory, car collections, art, and the like, and even more rarely they take homes. But again, these actions are incredibly rare and not something most people need to worry about.

An IRS tax levy, on the other hand, is not only very common, but it can come on fast and doesn’t require a court order.

Have you ever had the IRS direct deposit a refund into your bank account?

Did you provide the IRS with your bank account information last year so they could deposit stimulus funds to you?

Have you ever received enough interest on a savings account that your bank sent you a 1099-INT (and a copy to the IRS)?

Have you ever sent the IRS a check to pay them some amount you owe?

If you’ve ever done these things, or any number of other actions, then congratulations: The IRS knows where you bank.

In later years, if you then owe the IRS money and don’t pay it, they know exactly where to send a bank account levy.

In such a situation, the IRS will send a notice to your bank’s legal department, instructing them to withdraw all money that’s in your account. The bank is then required to hold that money for 21 days, at which time it is then sent to the IRS.

Why 21 days? Theoretically, that gives you enough time to contest the taking of your money. During this time, you must rush to get your financial records organized, file an appeal against the levy, and try to obtain a levy release. This is something that we frequently assist West Columbia clients with, and the 21 days often seem to vanish much faster than that!

Think about whatever amount of money you have sitting in your checking account right now. What is that money earmarked for? Maybe your rent or mortgage payment on the first of the month? Perhaps paying for the kid’s summer camp? Maybe it’s already “spent” for groceries or the power bill?

Whatever it may be, you’ve probably set that money aside for something, mentally.

Now, imagine you wake up tomorrow morning and that money was just gone.

If you are subject to an IRS bank levy, there is one small saving grace here: Only the money in the account on THAT DAY is subject to the levy.

In other words, if your bank’s legal department processes the levy today and takes all the money out, it’s a one-time hit. If your paycheck gets deposited, say, next Friday, then that money won’t disappear from the account. The IRS would need to issue another levy in order to snag those funds.

Speaking of your paycheck…

Most wage garnishments are the result of a court order. A creditor has to sue you in court, obtain a judgment, then take additional legal action to obtain the wage garnishment.

Not so for the IRS.

Without ever going to court, an IRS employee and their manager can issue a wage garnishment against you. This gets sent to your employer, and your employer is obligated to forward the majority of your paycheck to the IRS. If your employer fails to do this, then the IRS can take actions against them, even eventually levying their business bank accounts.

The IRS is going to get that money, one way or another.

Unlike a bank account levy, which is a one-time hit, wage levies are a continuous levy. In other words, it’s not just one paycheck that vanishes — it’s all future paychecks until the wage levy is released.

Also unlike the bank account levy, there is no 21-day holding period for a wage levy. Your employer is required to comply with the order on the very next regular payroll period.

The IRS uses a complex formula to determine how much of your paycheck will be garnished, and how much is exempt. For most people, the IRS will end up taking approximately 70% of their paycheck in the wage garnishment process.

How much would it impact your life if the IRS suddenly started taking 70% of your paycheck?

This is obviously a very serious situation. Most people that find themselves here were well aware that it was coming — the IRS is required to send a series of notices informing you of the actions they can take.

But what if you’ve recently moved, and the IRS doesn’t have your current West Columbia address? The IRS is only required to send these notices to your last known address, and it’s totally possible that you just never got them, and then a levy happens.

Fixing either a wage garnishment or bank account levy from the IRS requires rapid action, but there most certainly ARE things that can be done. If you or somebody you know in West Columbia is facing such actions from the IRS, we need to speak ASAP: www.callthetaxpro.com

We’ve got you covered…